We are offering Frontline workers 50% off all of our products. Find out more here. 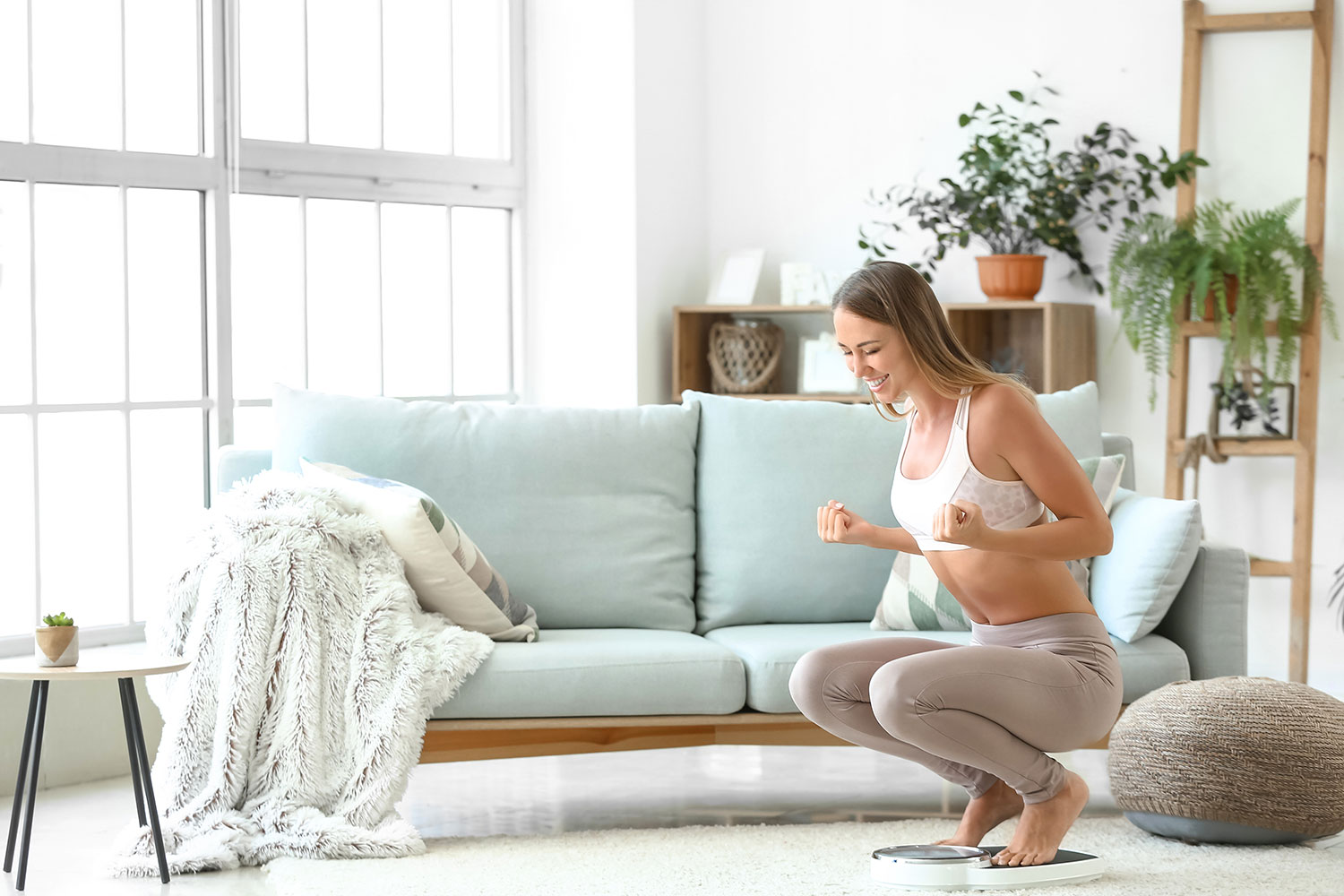 There are numerous shakes on the market, all claiming to be the ‘holy grail’ of weight loss.

However, not all shakes are created equal.

To find out which shakes will help you along your weight loss journey and which will break your bank, it’s best to look at their ingredients.

We have compiled a list of 6 of the best ingredients you can find in weight loss shakes.

These ingredients not only have strong supporting evidence that they can help you lose weight, but they are also safe to consume to.

Matcha, a particular type of green tea, is grown shielded from the sun so that the leaves turn a darker shade of green and the chlorophyll level along with the amino acid content within them is increased.

Once harvested, all veins and stems are removed before the leaves are ground into the bright green powder you’ll see as part of the finished product.

Matcha green tea can boast many of the same health benefits as other green teas but amplified!

A scientific study showed that matcha can contain up to 137x the antioxidant content of regular tea.

This means that just a small amount of matcha consumption can be a fantastic boost to your antioxidant levels!

Green tea, and recently matcha in particular, are extremely popular ingredients in weight loss shakes and associated products – and with good reason!

Clinical trials have shown that matcha boost the metabolic rates in humans enough to increase the amount of calories burnt through exercise and activity.

The trials took place over a 24hr period and ensured that activity between subjects was identical, so no one person testing it had any reason to burn more calories than another.

What’s more, a separate (again, human) study showed that those who consumed matcha burnt up to 17% more fat than those who hadn’t, when their activity levels and other food and drink consumption were identical.

You can find matcha green tea in a few weight loss shakes available on the market including Nutribuddy shakes.

Nutribuddy shakes are the most highly-rated weight loss shakes on the market with a Trustpilot score of 4.9.

The seeds from a plant native to Mexico and Guatemala, chia seeds are harvested from the salvia hispanica bush and have been eaten for many centuries in Central and South America.

Tiny seeds that are usually black but can be brown or blonde, they’re small, smooth round seeds that are often used to add texture to weight loss shakes and help thicken them.

Chia seeds are used in weight loss shakes for many reasons.

The first is that they really pack a punch in terms of nutrition without many calories.

You’ll find fibre, protein, fat, calcium, manganese, magnesium, phosphorous, zinc, potassium and Vitamins B1, B2 and B3 all in these tiny seeds, for very few calories.

Indeed of those calories present, most of them make up the fibre; so can’t be used by your body anyway!

Scientific and nutritional studies into chia seeds have also shown that when forming part of a healthy, low-calorie diet, chia seeds can cause significant weight loss rates compared to other ingredients and placebos – believed to be because of their brilliant protein and fibre content, contributing to your feeling full.

Flaxseeds have been lauded for their health-giving properties for centuries, but have only recently become a staple on the shelves of health food stores and in weight loss shakes and products.

These little seeds too are loaded with nutrients, but the majority of their health benefits are credited to the Omega-3 fatty acids they contain.

Clinical trials studying flaxseeds have found that their main power when it comes to weight loss is in their promotion of satiety (feeling full).

Tests have proven that adding flaxseed to beverages can reduce later feelings of hunger.

Whilst the cause of this isn’t exactly known, it’s believed that this is due to the dietary fibre content of them.

Flaxseeds contain soluble and insoluble fibre, and the former produces the ‘feeling full’ hormone in your body.

Flaxseeds can be found in Nutribuddy’s Breakfast Shake and Shake Complete.

Oats are one of the most nutritious foods on earth, although they’re often underestimated because when we think of them, we just think about, well… porridge.

The reality is much more exciting than a bowl of stodge!

The health benefits of oat consumption are so varied that we could write about them for pages and pages, but we’ll limit it to just weight loss-related science here.

Oats contain Beta-Glucan, which delay the time it takes your stomach to empty itself of food.

This keeps you feeling fuller for longer, so you’re less likely to feel hungry shortly after eating or drinking them and opt for an additional snack.

This appetite suppressant can be a real game-changer in those who try hard to diet but struggle with hunger.

More thorough testing is yet to be carried out, but initial scientific studies indicate that the consumption of oats may also release the hormone Peptide YY, which is the ‘feeling full’ hormone; giving you an additional boost that keeps you on the right track!

Stevia is a natural sweetener and is the most popular sugar alternative on the planet.

Calorie-free and sweeter than the white stuff, it’s an ingredient that many large food and drink manufacturing companies are able to make lots of money out of – so has been extensively researched into and tested!

Often used in ‘diet’ and ‘low/no-cal’ products, studies into Stevia have primarily focused on weight loss and dietary benefits.

One study, which included 19 healthy participants and 12 clinically obese people found that regular intake of Stevia lowered insulin and glucose as well as leaving all (no matter their weight at the beginning of the study) feeling satisfied with their food consumption without considering eating more.

Further recent studies into Stevia have found that it can promote positive gut health, and promote a healthy, speedy metabolism.

It’s well known that sweet snacks can release endorphins in the body, so they’re easy to opt for when presented with.

Stevia, however, is calorie-free and as it’s sweeter than sugar, can replace it in other foods; negating the risk of you caving on your diet later on and picking up something sugary for the buzz!

Stevia is used in Nutribuddy shakes as a natural sweetener.

Berries are a range of fruits and often characterised into ‘winter’ or ‘summer’, based on their seasonality.

Berries are well renowned for their high antioxidant levels, with blueberries, blackberries and raspberries taking the crown or the most competitive nutritional profiles.

All fruits have a role to play in weight loss as part of your ‘five-a-day’, but berries in particular can reap benefits for those looking to cut down and tone up.

Berries contain a good degree of soluble fibre (just like flaxseed above), which cuts the amount of calories consumed by the body.

Studies have proven that when consumed regularly as part of a healthy diet alongside an active lifestyle, the soluble fibre in berries can be hugely beneficial in maintaining and managing a healthy weight that’s sustainable over time.

The calorie absorption (or non-absorption, as the case is with soluble fibre) benefits of berries are that if you double your daily intake of them, you can expect to absorb over 100 calories less of your food daily!

In a calorie controlled diet, this is a fantastic break.

Berries also contain ellagic acid, which is believed to have skin-protective properties.

Whilst not yet tested on humans, animal trials have concluded that consumption of this acid as part of a varied diet helped maintain healthy collagen and reduce the appearance of visible damage – a real benefit for those on a journey of vast weight loss, as excess, saggy and damaged skin can often be an unwanted side effect.

Wild blueberries are an ingredient in Nutribuddy’s Shake Complete.

There are a million and one ingredients online.

As with anything you are about to purchase, it is always wise to thoroughly research all aspects before making a decision.

Whilst there are many fantastic ingredients out there, like the ones mentioned above, there are also numerous ingredients which don’t have as glowing studies behind them. And some ingredients are actually bad for your health.

Here at Nutribuddy, we always research ingredients thoroughly before making the decision to use them in our products.

It is absolutely essential that any ingredient that goes into Nutribuddy products is effective, safe and tasty.

We also work with one of the UK’s leading nutritionists to ensure our formulas are spot-on.

I’m a full-time Marketing Manager and Copywriter but also a qualified yoga teacher and keen runner; so I know a thing or two about maintaining a healthy lifestyle with a good dose of fitness! My previous roles include marketing and social media for the likes of the household names including the Cabinet Office and Aviva. Outside of work, I’m a Mum, passionate social rights campaigner and bookworm.

The views and opinions expressed in this article are those of the author and do not necessarily reflect the views of Nutribuddy Ltd.