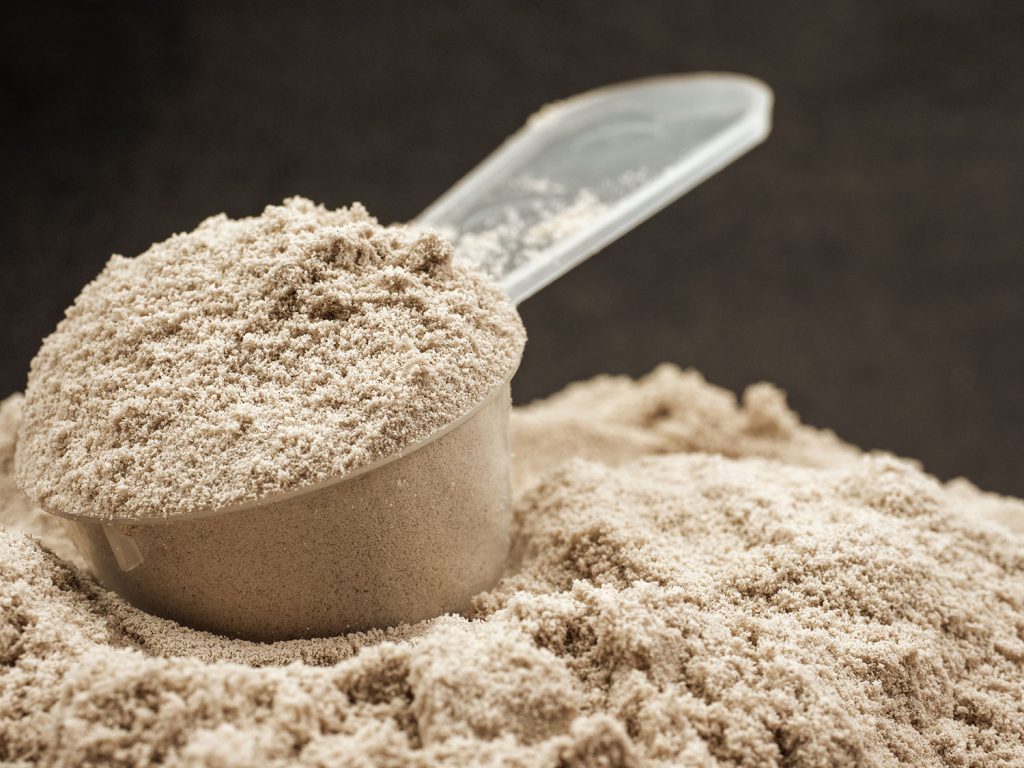 Meal replacement shakes have often been lauded as a ‘quick fix’ for those looking to cut back on calories compared to their normal solid food diet, but the popularity of such shakes has seen mass dilution in the quality of these products available.

When researching into the right meal replacement shake for you, it’s important to understand exactly what’s in the product to ensure you’re consuming a healthier and nutritionally balanced meal than you would be otherwise.

There are several things to look out for in ingredients lists and nutritional details to give an indication of true nutrition.

Brands who are able to boast a rich nutritional profile and high-quality product will be transparent in their marketing, ingredients and formulation.

For example, Nutribuddy’s products document a full nutritional breakdown on their product pages, each created by expert nutritionists.

It is easy to spot brands being less than upfront with the nutritional benefits of their meal replacement shakes.

One such tactic used to avoid consumer scrutiny is to list out ingredients that aren’t easily recognised by the public, as rarely will people research further into them.

Some of these are listed below and we’d recommend thinking twice before you choose to consume them as they don’t deliver the optimum or safest nutrition.

Sucralose is an artificial sweetener often favoured in place of sugar; as it’s sweeter but contains zero calories.

Most commonly sold as a standalone sweetener product under the brand name ‘Splenda’, it can also be found added to the likes of ‘diet’ and ‘light’ food and drink options.

Sucralose has been shown to have some negative health effects on those who consume it.

Those who don’t regularly consume sweeteners can find it spikes their blood sugar to an unhealthy level, but this effect lessens over time with more regular consumption.

A clinical study has also shown that regular consumption of Sucralose can reduce the amount of ‘good bacteria’ in the gut. In some instances, the amount was up to 80% lower than those who had not consumed any.

Vitamins are a good thing, and we all need a good balance of vitamins and minerals in our daily diet.

However, non-specific ‘vitamin blends’ are often not what you may expect when you think about the key nutrients you need to consume.

Vitamin blends are often synthetic and not derived from natural wholefoods.

Even when created to mimic the make-up of natural vitamins, the body absorbs them in a different way, so the overall effect may not be as intended.

You can find out more about why wholefoods are better than vitamin blends in our in-depth guide here.

Wherever possible, you should seek out vitamins derived from whole foods – as they remain in their natural form and are processed by the human body in the most optimised way.

Senna is a herb and because it’s a plant, there’s a popular misconception that it’s a healthy ingredient.

In reality, senna is a powerful laxative and is often used for temporary constipation.

Whilst you may need to take a laxative should you have a related temporary health condition, it should not form part of a well-rounded meal – even if in meal replacement shake liquid form.

Senna has several common side effects including stomach cramps and dehydration.

The NHS also advises against long-term use of Senna, as it can cause the bowel to stop working properly without laxative intervention.

For more information on laxatives, please take a look at our guide on laxatives to fully understand the dangers and concerns.

The first thing many people think of when they hear the word ‘soy’ is soy sauce – but this Asian legume actually has lots of consumable uses.

Soybeans can be consumed whole, in their unprocessed form or as edamame beans, or can be manufactured into tofu, miso, tempeh, sauce or soymilk.

It’s a great alternative for those unable or choosing not to consume dairy products, so is often found in vegetarian and vegan foodstuffs.

Soy is a recognised allergen and so must be declared on the labelling of any consumable containing it.

However, even if you are not allergic to it, you should be mindful of excess soy consumption.

Despite being a natural ingredient, soybeans can also be artificially manufactured and have a weaker nutritional profile in these incidences.

Lots of meal replacement shakes contain artificial thickeners in order to enhance the texture of the drink.

There are several ingredients used for this purpose, but the most common is maltodextrin.

Maltodextrin is a powder made from starchy carbohydrates such as corn, rice and potatoes.

Whilst these ingredients are natural, maltodextrin is highly processed and has additives blended into it.

As a result, maltodextrin should be avoided by those with diabetes and advice should be sought before consumption for anyone on prescription medicines.

Despite just being an additive, maltodextrin is a carbohydrate and should be counted toward your overall carb intake if you’re looking to balance nutrition properly.

The most common protein blends and powders are derived from animal products; often, milk.

Both whey and casein protein are by-products of cheese and milk production, where enzymes are separated out and coagulate (curdle).

Milk is an allergen and so any proteins including or derived from it must be declared clearly on the ingredients list and packaging of products containing them.

Whilst these are the most commonly available protein powders and additives, this is primarily because of how cheap they are to produce.

Vegan protein powders free of milk are comparable, if not healthier, than their more mainstream counterparts.

Nutribuddy products are all vegan, containing no milk proteins.

Instead, protein powders included within products are a mixture of rice and pea proteins; both sourced from whole foods and processed as little as possible.

As most meal replacement shakes aren’t sold as perishable, many contain man-made preservatives.

Preservatives are chemicals that extend the shelf life of consumable products so that they can be kept for longer.

Preservatives remain controversial as several have been proven to induce negative health risks and effects.

Whilst of course, we can all agree that consuming fresh food and drink is preferred to non-perishable, you needn’t completely rule out meal replacement shakes that aren’t pre-made.

Instead, be mindful to order ahead only what you’re sure you will consume, to avoid creating food waste without having to consume chemical preservatives as part of your diet.

Xanthan gum and other food ‘stabilisers’ are often added to foodstuffs to improve and thicken the texture of them.

Xanthan gum is the most popular of these ingredients and despite being an approved food additive in most countries, is also found in the likes of wallpaper paste, engineering fluids and cosmetics gels.

In edibles, it’s often found in gluten-free products, as it can recreate the stickiness that would otherwise be provided by gluten.

Xanthan gum is considered legally safe but can have side effects in individuals when consumed regularly.

Clinical studies and trials have shown it to considerably lower blood sugar by slowing digestion, which can result in dizziness and nausea.

It also can act as a laxative, although such results only seem to be evident in studies on men (and this is because such trials have only been carried out on males).

As always, we strongly advise against the consumption of laxatives in any healthy diet unless medically necessary.

Vegetable oils used in cooking, food and drinks are often mistaken for being all-natural – because, well… vegetables!

However, such oils are very processed and refined and as a result are over-rich in Omega-6 fatty acids.

Omega-6 fatty acids are different to Omega-3 fatty acids, and although essential for the body in a diet, should not be over-consumed.

They have, similarly, been considered ‘heart-healthy’ by experts and the media, but new clinical research has uncovered evidence to the opposite.

Too much Omega-6 has now been linked with the onset of several serious diseases such as heart disease and cancer.

It’s likely that you already consume plenty of Omega-6 in your usual diet.

Refined vegetable oils should, therefore, be avoided, as they’re likely to increase your daily intake to above recommended limits – which could potentially be dangerous.

Aspartame is an artificially created sweetener and is perhaps one of the most controversial ingredients to ever NOT be banned by food safety agencies!

Aspartame is frequently found in ‘diet’ and ‘light’ food and drink products, as it’s very sweet and has negligible calorie content.

However, anecdotal evidence of negative side effects are widely shared online and offline and there are lots of campaigns in place to promote further research into and even a full ban of the sweetener.

Wide clinical research into aspartame has only been carried out by manufacturers of products containing it, so it’s perhaps of little surprise that there’s no substantial medical evidence for most side effect claims.

However, there are some individuals who should avoid aspartame consumption at all times.

These include people with phenylketonuria (as it’s a source of phenylalanine, which they already produce too much of), those taking medicines for schizophrenia (as it’s believed it could heighten or even induce side effects of such medication) and those who suffer from or are at risk of seizures (as it’s been proven to contribute to the risk).

This is a pretty comprehensive list, so we understand that it may seem daunting and as though there’s lots to avoid!

Don’t be disheartened though: there are plenty of nourishing and equally delicious options for nutritionally balanced meal replacement shakes that are natural, organic and don’t include any artificial ingredients.

We’re proud to say that this includes Nutribuddy’s products – which never include anything synthetic. 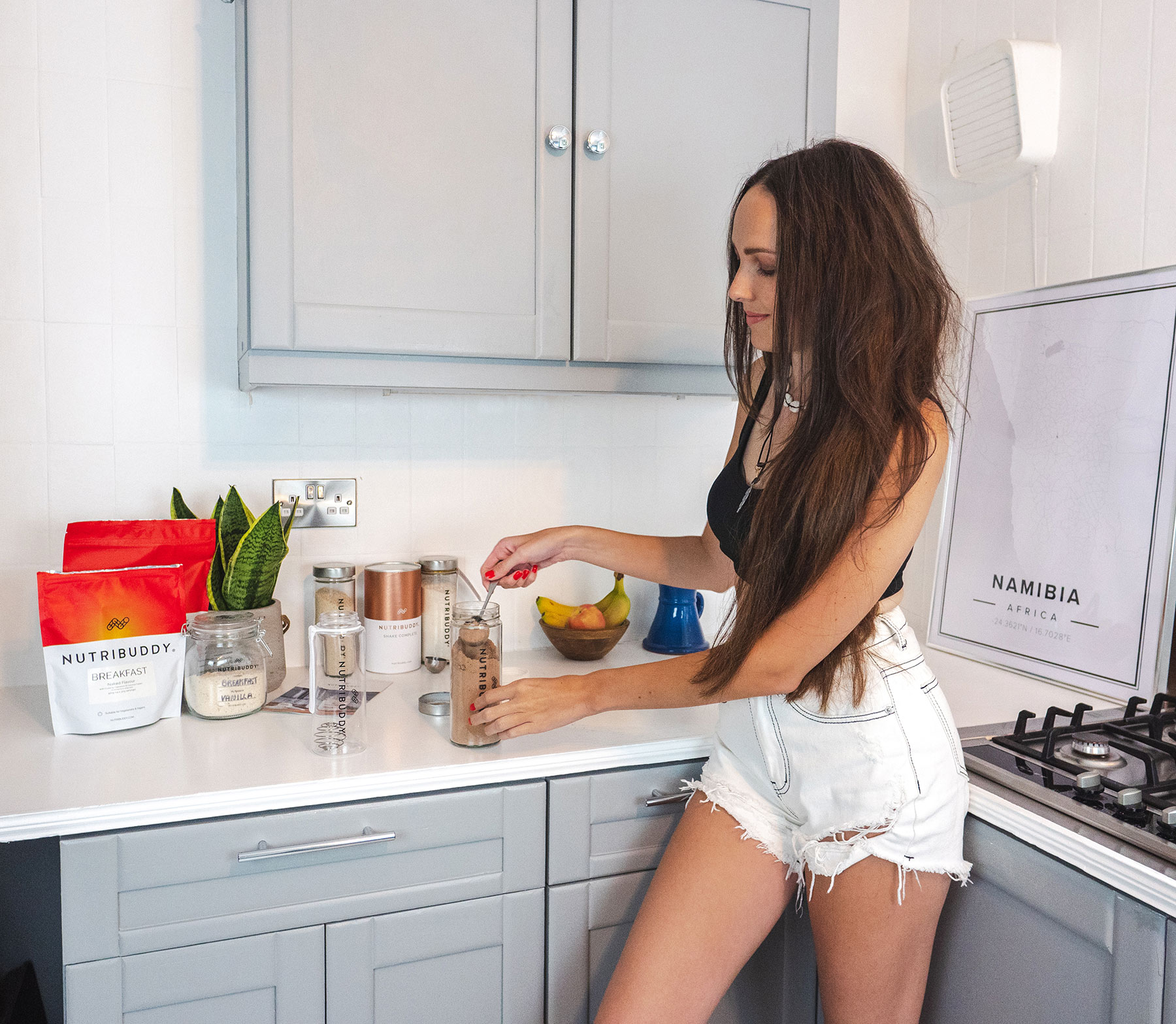